COMPOSER FOR FEATURES, TELEVISION AND COMMERCIALS

Lasse Elkjaer is a Los Angeles based Danish composer and orchestrator, who was recently shortlisted for a Robert Award nomination by the Danish Film Academy, for his orchestral score to the very first Danish Halloween feature film, "Forsvundet til Halloween" (2021). Elkjaer gained special recognition for his award winning score for the horror short film Sticks (2018), a gothic scare ride where Elkjaer worked with Hollywood cellist Tina Guo, whose solo cello can be heard on scores by Hans Zimmer, such as Inception (2010) and The Lion King (2019). 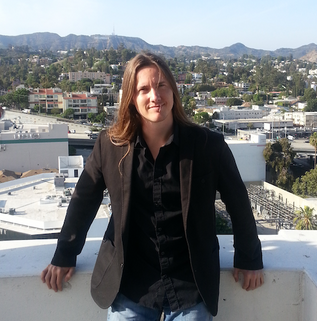 Composer for Features, Television and Commercials.

Elkjaer started his professional career in Denmark, and won his first prestigious award (Berlingske Tidene’s talent competition) at the age of 21 for Composition and Performance. While studying at the Academy of Music and Dramatic Arts, South Danish Conservatory of Music, Elkjaer started collaborating with five-time Emmy winning composer Jacob Groth, The Girl With The Dragon Tattoo (2009). When working with Jacob Groth, Elkjaer was hired to do orchestrations on the feature film Dead Man Down (2013) starring Colin Farrell and Noomi Rapace, and TV productions Modus (2015-17) and Unforgettable (2013-16). During this time, Elkjaer also worked as an arranger and guitarist for several theater productions.

Upon completing his Master’s Degree in Film Scoring, Elkjaer moved to Los Angeles to study at the Thornton Screen Scoring Program at the University of Southern California (USC). Elkjaer is a Fulbright recipient, and received 12 scholarships from the Danish government while studying at USC. During his time at USC, Elkjaer won a mentorship with Michael Gorfaine, Partner and co-owner of the Gorfaine/Schwartz Agency, which continues to this day.

Elkjaer has done orchestrations and arrangements for several international concerts and ensembles, such as the Danish Royal Life Guards’ Marching Band, the charity concert Nordic Noir at the Greek Theater in Los Angeles, and My Favorite Fears Concert in Tenerife, Spain. Elkjaer played guitar on the album Very Merry Rockin' Good Christmas (2018), by The Osmonds, and he had his concert music performed twice at the Barnsdall Theater in Hollywood.

Elkjaer’s latest theatrical feature film Forsvundet til Halloween (2021), produced by Danish production company Copenhagen Bombay is the very first Halloween movie produced in Denmark. Elkjaer's score for the movie has been shortlisted for a Robert Award nomination, a Danish film prize awarded each year by the Danish Film Academy. It is the Danish equivalent to the American Oscars, British BAFTAs for films, and Australian AACTA Awards. The award-voted only by acadmy members-is an acknowledgment by Danish industry colleagues of a person's film's outstanding contributions.