COMPOSER FOR FILM, TELEVISION AND COMMERCIALS

LISTEN TO MY MUSIC 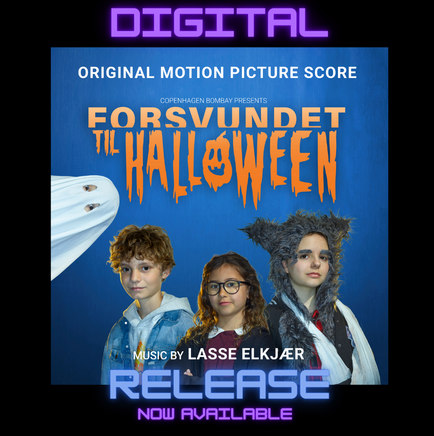 COMPOSER FOR FILM, TELEVISION AND COMMERCIALS

Lasse Elkjaer is a Los Angeles-based Danish composer, orchestrator, and multi-instrumentalist, who was recently shortlisted for a Robert Award nomination by the Danish Film Academy, for his orchestral score for the first Danish Halloween feature film, "Forsvundet til Halloween" (2021). Elkjaer is an eclectic composer who finds inspiration in composers such as Jerry Goldsmith and Ennio Morriocone, and also in analog noise, prog-rock and contemporary modern classical music. With a personal interest in music education, Lasse frequently coaches emerging composers and musicians, and has held several international workshops in film scoring.

"Sticks has an extremely exciting soundtrack, where both sound and music carry the horror to the point of excellence." Filmkraft 2018 (DK)

Spotify release of the orchestral score I composed for the Robert Nominated feature film FORSVUNDET TIL HALLOWEEN..

During March I will conduct several workshops in Film Scoring.